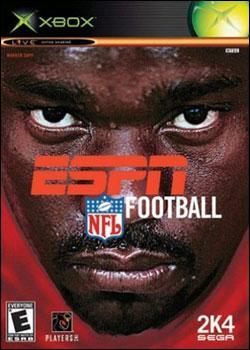 When Sega announced that it would be working more directly with ESPN, you could only imagine how amazing this game would be presentation-wise. What was not expected was that it was going to be the best football game of the year. To say that ESPN NFL has changed for the better is an understatement. With new additions this year like The Crib, First Person Football, and with all of the fixes to tighten up the Xbox Live! Experience, this game can not be overlooked. Hearing Chris Berman saying ?He could?.go?.all?the?.waaaay? while watching your favorite player on NFL Primetime is something that we all hoped for.

The layout of the menus and pre/post game shows is what you see every Sunday when watching highlights of the NFL, but this time, it?s you that makes the realistic highlights shown in the game. The Crib allows you to unlock items to stack up your little bachelor pad with everything from bar stools to bobble-heads to mini games. Air hockey, paper football, and trivia are some mini-games that can be unlocked while getting various accomplishments in the game. Each team has their own bobble-head doll on the rack and you can even play with their heads with the right analog. I caught myself moving Jevon Kearse?s head around while listening to ?Hypnotize? by Biggie Smalls ? using the custom soundtrack feature.

When it comes to game time, this is definitely one that you can just pick up and play. If you?re not up for being an owner and controlling your team?s fate for a few seasons, then you can play First Person Football (FPF) against the computer. Mind you, if you do go with this option, I advise that you are prepared to step directly into the game. With this brand new feature that has yet to be used by any game, this is more than just getting into the game; this is putting you right onto the field. The sounds of linemen crunching, defensive end?s screaming and quarterbacks barking their calls, you are in your player?s head, literally. With only limited view to the left and right, it is a bit tricky to get used to when passing, but when running or on defense, you can see the holes in the line so you can bust right through for a big gain. Drop back with the quarterback and find that open receiver, while having a lineman come right at you, go into ?bullet time? and dodge the incoming attack and throw that pass for a nice game.

If FPF mode is too much for you, then take a shot at the franchise mode, facing your team off against the rest of the NFL, using this year?s NFL schedule. You can have the AI assist you in free-agent pickups and trades, or you can try and steal an up and coming player from a contending team to help give you that needed edge. When you?re the owner, your main office is setup with a computer for you to get ?emails? which are player updates, power rankings, latest injuries, and weather reports so you can get enough prep before the game to make yourself a football guru. You can play the preseason games, or skip past them and get straight to the real games. Berman introduces each game, making his pick for which player to look out for, plus, his known style of team intros ?Titans?..Dolphins? and then it?s game time. The camera zooms around the field and the shading of the stadium and players is so amazing you can feel the goose bumps when you hear the crowd roar for their team. The player models are the best I?ve ever seen in any sports game. Watching the Jets play the Dolphins, you can even see the cowlick in Chad Pennington?s hair while calling the coin toss ? insane! With the revamped play calling that was added to the game this year, ESPN went with the EA-style of 3 plays wide and numerous plays specific to each team. With the ability to change your RB or WR with the press of a button when calling a play, you can throw your opponent for a loop and keep your guys healthy at the same time. Hot routes and maximum passing are back and ready to be used to get that extra slot open to bust in for the big score. The same announcers are back and just as funny as before, but I did notice some times when they do a slight pause when announcing stats, odd being that it wasn?t an issue last year. The running game has been enhanced this year, as it?s the strongest that the 2K series has ever been. Another improvement that I?ve noticed as that you can actually hold onto the ball after getting hit hard, unlike last year when I had a few safeties sneeze on my WR and he dropped the ball. The new player animations added this year make this game a must have. Running a play, spinning, seeing your knees actually bend and calves tighten on the juke moves put a lifelike look to the game. After a nice run or big play, you will get a shot of either your player using ESPN?s real game presentation including height, weight, college and years as a pro or you will get the amazingly real looking replays in a mini screen, just like when you watch the Sunday night game on ESPN. Also, when the referees screw up a call, just challenge that bad boy and pray that they aren?t the 3 blind mice when it comes to watching the replay.

In last year?s edition, I would play 2k3 on Xbox Live and get upset because of other gamers using the ?zoom-out? feature to try and distract me while I was either kicking or getting ready to hike - very annoying to say the least. This, as well as not being able to call a timeout when messing up your kick, is just some of the improvements that have been made to enhance the Live experience. When someone wants to quit the game, you can either choose to let them do it without getting a loss (in case either you or your friend picked the wrong team/uniform/playbook) or force them to forfeit and get a drop on their record. Unfortunately, there are divergence errors back, but I?m hoping that ESPN will get on that and fix those issues as soon as possible Even though ESPN does not support XSN, the Live experience is simply amazing this year, almost perfect. For a real rush and challenge, try and play one of your friends in FPF, but make sure before you sit down in your chair to have a fresh pair of Depends on, because this is where all of the excitement is at and when you have a blitz coming in on you, you start to shake. I?ve been hit so hard in FPF mode that Ricky Williams got knocked out cold, the screen got fuzzy and then I was looking into the sky as my trainer came over and asked if I was OK?..WOW!. ESPN is the best sports game I have played to date and for anyone interested, I will be handing out beatings on Xbox Live.

Get involved the XSN or come up with a system for gamers so it is easier to organize leagues and tournaments. Try and get a lock on the divergence errors on XBoxLive. The cheerleaders, at least make a better attempt so they don't look like a Fixodent commercial with the smiles. And on a side note, not all NFL Teams have cheerleaders (Jets and Giants), learn that. 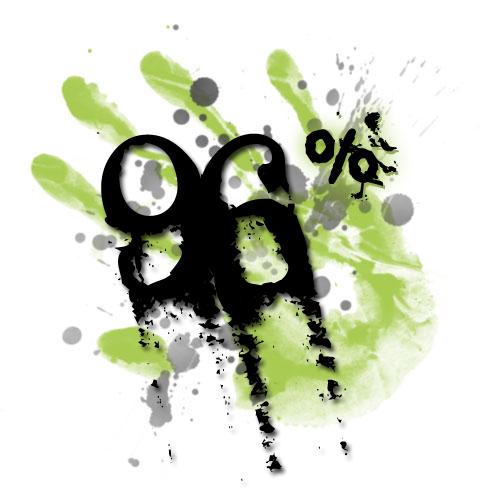