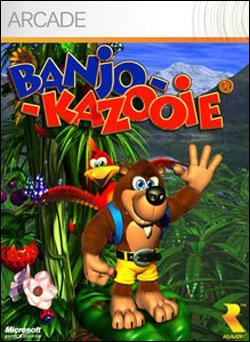 Get yourself transformed by Mumbo Jumbo for the first time. Now that's magic!
10

Come out on top in a dust-up with Nipper the crab. Watch out, he's called Nipper for a reason.
15

They're red and no less than 30 of them need chomping. Nuff said.
15

Discover and master all Banjo's moves… and Kazooie's… but nobody else's. Unless you insist.
15

Show me the honey!

Collect all 24 of the extra honeycomb pieces. Yes! Every single one! It's character-building.
15

Fear the Jinjonator. If you're a witch, that is. The Jinjonator lays the smack down on witches.
20

Bet you thought jigsaws were boring! Bottles disagrees, and has seven of them to be solved.
20

Bump into Grunty's disowned spellbook three times as it hops around the place dishing out cheats.
20

There are 900 musical notes out there in the world of Banjo-Kazooie. Real gamers collect them all...
25


See News Archives
Important! I pay $ 1000! I search the Sweden launch and the Element 54 Faceplate
Post by Smill
0 Replies, 3068 Views