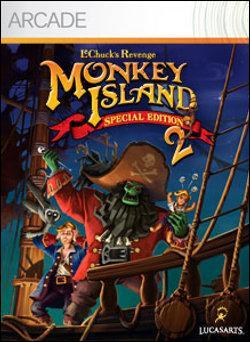 Lucasarts has brought back one of their all-time classics to Xbox 360, and Monkey Island 2: LeChuck?s Revenge - Special Edition is by absolutely no means whatsoever a simple port of a well-remembered genre classic. This is a ground-up complete recreation of the game - the same story and characters and settings of the original, but completely redone in high definition with improvements in interface, newly re-recorded music of the original MIDI cues, and original voice cast from Monkey Island sequels brought back over a decade later to add voices to characters that we never heard speak until later games in the series were made."

Finish the game in under three hours.
25

Beat the game without using one hint.
20

Switch to classic mode at least once.
5

Turning the Lights Out

Call the LucasArts helpdesk when walking through the jungle on Dinky Island.
10