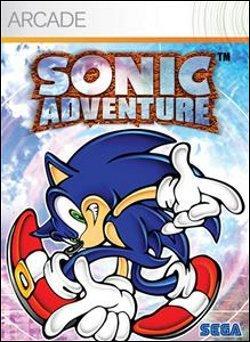 Back in the 1980's, when the Cold War was still good and frosty, there were two superpowers who battled for dominance of the globe. Neither of them are the intimidating figure that they were twenty years ago - but in the day, you chose a side and you were either for or against - you were Nintendo or you were Sega. Nintendo was the dominant superpower, with the mascot figure of the red-and-blue-clad plumber."

Get all Emblems of the Chao Race.
20

Get all 130 Emblems by playing Sonic Adventure DX.
15

Get Level A on all the Action Stages by using Metal Sonic.
15

Get all Emblems of the Sub Games.
20

Get all Emblems in the Adventure Field.
20

Get Level A on all the Action Stages.
20


See News Archives
Important! I pay $ 1000! I search the Sweden launch and the Element 54 Faceplate
Post by Smill
0 Replies, 5699 Views