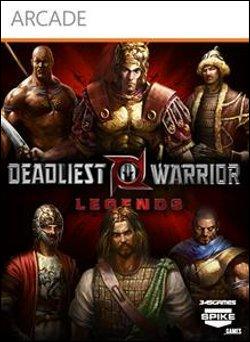 A Pox of the Small Variety

Win a ranked online duel against a developer playing as Cortes or someone with this achievement.
5

Break your opponent's arm and leg by grappling before final striking them in a ranked duel.
10

Parry your opponent three times in a row without being hit in a single ranked duel.
10

If anyone Khan, Genghis Khan!

Unlock all weapon and armor for each of the Legendary Warriors.
20

Activate all three General Abilities during a single game of Generals.
15

Severed every limb from your opponent during a slice mode duel without using a final strike.
35

Kill 50 enemies in a row in Survival Slice Challenge as the primary player.
40

These Dice are Loaded!

Lose three consecutive battles at even odds or better during a game of Generals.
5

When Push Comes to Shove

As the primary player, After being pushed knock an opponent out of the ring.
5


See News Archives
Important! I pay $ 1000! I search the Sweden launch and the Element 54 Faceplate
Post by Smill
0 Replies, 5429 Views