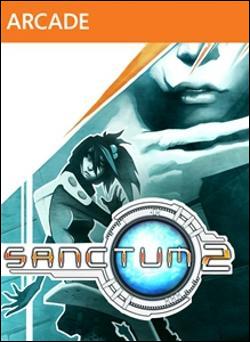 There’s a plethora of Tower Defense games out there for you to enjoy, and for the most part, if you’ve played one, you’ve played them all. Then two years ago Coffee Stain Studios tried something a little different with the tried and true formula with Sanctum, allowing you to not only build your grid in the traditional Tower Defense gameplay, but also control a character in first person with a weapon to help your towers defeat the waves of oncoming enemies. Sanctum 2 is finally here and brings us the sequel to the very niche Tower Defense/FPS hybrid game."

Complete The End in a party of four.
25

Game In A Game

Complete a map with a Feat of Strength enabled.
20

Complete a map with 5 Feats of Strength enabled.
25

Complete one level with 5 Feats of Strength enabled in Co-op.
25

The Best Defense is Offense

Upgrade a tower to the max.
20