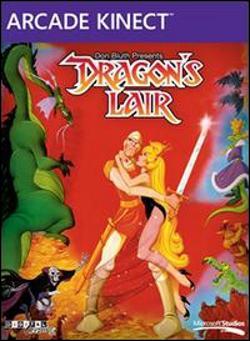 When Dragon?s Lair first released to the arcades in 1983 it was unlike anything has seen in a game before. Not only was it all hand drawn as opposed to sprite based, but it was ran off laserdisc and it was actually the first arcade game to charge 50 cents instead of the standard quarter."