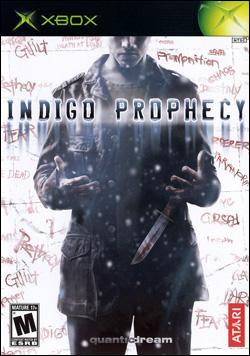 In Indigo Prophecy, a paranormal thriller, New York City is stunned by a series of mysterious murders, all following the same pattern: ordinary people are killing absolute strangers in public areas. Lucas Kane becomes another one of these murderers when he suddenly kills a stranger in a men’s bathroom. Covered in blood, Lucas regains consciousness with no recollection as to why he committed murder. Lucas must solve the mystery before being incarcerated for life.
Video: Indigo Prophecy
Check out the Indigo Prohecy vid from Atari!