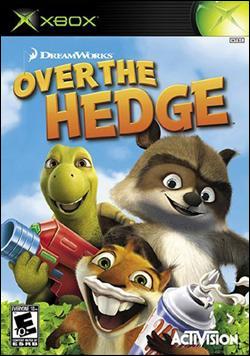 Based on the highly-anticipated feature film from DreamWorks Animation, Over the Hedge is a wildly adventurous game that takes players on an interactive adventure beyond the story seen in the film. Assuming the roles of RJ the raccoon, Verne the turtle, Hammy the squirrel and Stella the skunk, players turn a suburban neighborhood loaded with dangerous obstacles and traps into their own personal playground. Numerous puzzles and mini-games keep fans busy as they switch between two of the four main characters or engage in two player co-op with friends.
Over The Hedge Screenshots
Activision has sent along some screens of this movie-based title. Have a look.