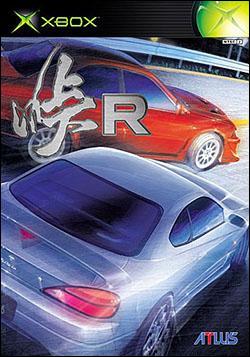 ‘Touge' literally means a mountain road. To understand the concept behind this game, one must first understand that the Japanese bureaucracy (for reasons of its own) has built a network of exquisitely paved, totally useless narrow winding roads through the country's mountains. Well, maybe not totally useless; motor enthusiasts and drag-racers frequent these mountain paths, and this, of course, is what the long-running Touge (a.k.a. Peak Performance) series is all about. The Xbox version looked very sharp with lovely vistas, nice scenery and good car models. The handling felt a bit stiff, but this will probably be improved by the time of release, later this year. The game has a Gran Turismo style play mode in which players purchase a vehicle and can then later upgrade it with custom parts/tuning.
Registered Members: 47,638
Forum Posts: 725,884
Xbox One Titles: 2,486
Xbox 360 Titles: 1,086
Xbox 360 Kinect Titles: 95
Xbox 360 Arcade Titles: 586
Original Xbox Titles: 987
Staff Reviews: 1,977
Member Reviews: 10,339
News Articles: 15,488
Screenshots: 33,559
Xbox 360 Achievements: 45,112
Xbox 360 Faceplates: 2,016
Cheat Codes: 1,706