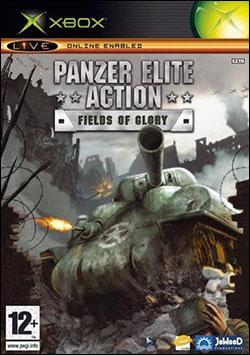 Panzer Elite Action follows the story of three tank commanders and their crew. The German commander, flushed with the success of the Blitzkrieg in Poland and France, moves on to the Eastern Front and the brink of victory with the taking of Stalingrad. We meet the Russian commander in desperate straits as he helps defend Stalingrad, and follow him as the tide turns against the Germans as he joins the massive tank battle of Kursk. The American commander enters the war on the Normandy Beachhead on D-Day. After the struggle for the Bocage he defends the German counter-offensive at the Battle of the Bulge, and then drives on to the victorious crossing of the Rhine.
Registered Members: 48,087
Forum Posts: 725,896
Xbox One Titles: 2,589
Xbox 360 Titles: 1,086
Xbox 360 Kinect Titles: 95
Xbox 360 Arcade Titles: 586
Original Xbox Titles: 987
Staff Reviews: 1,994
Member Reviews: 10,339
News Articles: 15,549
Screenshots: 33,746
Xbox 360 Achievements: 45,112
Xbox 360 Faceplates: 2,016
Cheat Codes: 1,706