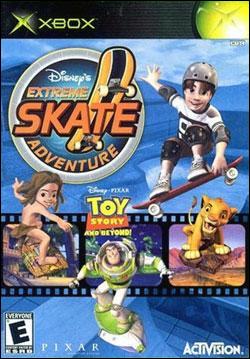 I got the demo so I havn't played it all, overall it is great intended for kids and is done pretty good, the tricks are easier so they can complete them same with the goals. Mainly if you are a kid or have kids I think they would like it, for older people I would pick up the demo I set and played it for a hour at least, this is mainly tony hawk make eaisier and threw in disney charcters for the kids, its pretty good."