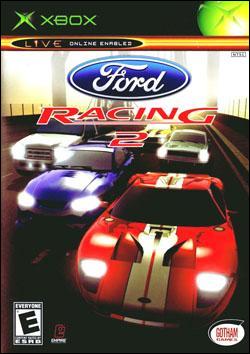 Overall: Empire Interactive's studio Razorworks updates Ford Racing with the next installment, Ford Racing 2 or Ford Racing Evolution if you happen to be in Europe. This installment has a lot of great features including tests of your racing skills like racing line, following the line to get extra points but get a penalty for going off the line, cones slalom, drafting, like in NASCAR, and seconds out, collect all the time bonuses to bring your lap time down. You've got your standard races and time attack with specials included within those such as elimination, you narrow the racing field by eliminating the last two cars until its only you and one car left, and duel, 3 laps and 3 challengers beat each one to win. I've had a good time playing this one. Lots of options and a decent selection of tracks, city side, a couple of off road, countryside and a couple of racing tracks similar to NASCAR or Indy Car racing. I think its a great game for $20 bucks with good features and good controls.
Gameplay: I love the drafting, first time I've seen it in any of the racing games I've played. Great option and great fun. Nice handling for the cars, not too much slide, more arcadey than anything but still fun to play. Racing line is tough especially on the hard setting, but fun to play. I like elimination and duel too great fun and I've won some at the last possible second so it kept me coming back. Good selection of tracks but when you look at the selection in PGR2 and GT3 it could have used a couple more. Definitely needed to have the option to do upgrades to cars. I want to be able to change my engines, tires, handling, brakes, etc. Many racers allow this now and I don't see why it couldn't be done here. Gameplay over all is good but it could use a little more in the features department.
Graphics: The graphics are great! Nice car models, great tracks and backgrounds. The scenery in the off-road tracks are really great in my opinion. Nice shading and lighting. Sometimes the sun gets in my eye's when racing. A couple of gripes here though. No damage! Hit the wall or tag another racer and nothing happens. Oh well I guess Ford doesn't like to see their cars all banged up. Another gripe I have but seems to happen in many racer has to do with the crowd. Why are they always flat 2-D figures? Come on, you can put in the water fall, the hang gliders, trains, planes, etc but the spectators look like cardboard cut outs. Please do something to change this. Overall a great job on graphics with just a couple gripes.
Sound: The sounds are good. The music on the game isn't bad but not my thing, luckily Razorworks allows you to use your own music from your Xbox hard drive which is great. Now I can race in my car with the music I normally listen too. This is a great feature and is becoming a standard in many games. Good job guys. The voice for accessing the menus though is annoying as all get out. Luckily again Razorworks let you turn her off if you want too. That was the first option I changed. Good bye and good riddance. A simple tone or just highlighting the menu option is plenty. Tracks also had a good mix of sounds from birds to other racers cars to the waterfall, etc. Really nice touches there. Again overall good but the options to make changes to the sounds here really make the difference.
Suggestions: Please NO voice for menu options on the next Ford Racing, allow for car damage and upgrading my car. More tracks please! OK now whens Ford Racing 3 due? :-)