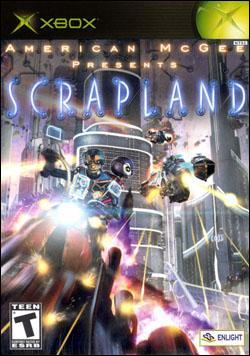 Scrapland is a third-person 3-D action-adventure game set in a futuristic robotic world where humans are feared and frowned upon. The game delivers a solidly engaging, sometimes humorous adventure narrative that combines a unique blend of combat and racing. Players take on the role of D-Tritus, an intergalactic traveler who finds himself involved in a series of mysterious murders committed in a world where death had been previously unheard of.
Bad Day L.A. Announced
American McGee has another action game is store for us. This one is being billed as a one of a kind experience.
Scrapland Ships
The highly regarded PC game Scrapland has been shipped to retailers nationwide. Scrapland looks to be a sleeper and at a bargain price this game should be in your Xbox game library.