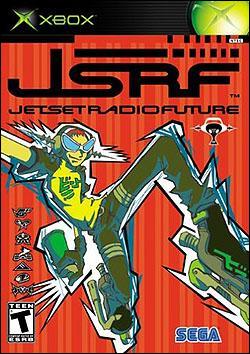 XboxAddict.com interviews the people that are putting out one of the hottest Xbox titles this year! We talk to Rich Briggs, Product Manager for Sega's Jet Set Radio Future.


Q: What additions will be placed into this game from the original JSR?

A: JSRF is a full-fledged sequel to Jet Grind Radio, which means, among other things, that there is a sinister new plot, and new gameplay elements such as the offensive attacks and the addition of multiplayer modes for up to 4 players. There are also new tricks and combos, more intelligent pedestrian and vehicle behavior, new playable characters, new enemies, and new areas to explore.

Q: About how many hours will it take to complete this game?

A: The single player mode can be completed in about 15-20 hours.

Q: Any plans for a sequel?

Q: Any plans for a patch for future online play?

A: For right now, there are no plans for future online play with JSRF.

Q: Will you us the Xbox's Hardware technology to expand the games levels to be bigger than Jet Set Radio for the Dreamcast? Or will the levels be about the same size?

A: The levels in JSRF, which are all completely new, are often 10 times larger than those of Jet Grind Radio. With all of that memory, the team was able to create huge interactive areas for players to explore. Everything from the people and vehicles, to the birds, to the trash on the ground blowing around as you grind past, is designed to make you feel like you're in living, breathing environments.

Q: Will JSRF use new cites other than Tokyo or will it have new cities?

A: Some of the same locations have returned, but in name only. The actual layout of these areas is completely new. So in reality, none of the old levels are present. Think of it as going back to the same city as Jet Grind Radio, but it's been a few years and things have changed. In addition to this, there are a ton of completely new locations - over 15 unique stages in all, many more than the 5 in Jet Grind Radio.

Q: Will there be any new characters to pick from in JSRF?

A: JSRF has 24 playable characters, as compared to 11 in Jet Grind Radio. All of your favorites have returned, but they've grown up a little. On top of that you've got a bunch of new characters to unlock.

Q: Should we expect more out of the JSRF soundtrack?

A: Definitely. This time around, not only did we license killer tracks from top Grand Royal artists, we also enlisted the help of their top production squad - The Latch Brothers. The Latch Brothers met with Smilebit, played JSRF, and then created original music and remixes for the soundtrack. So the soundtrack is perfectly crafted to fit the game. In addition, our own WaveMaster development studio put together their usual magic and rounded out the other half of the soundtrack to bring the total count to 30 songs.

Q: Will JSRF take advantage of the Xbox's CD ripping feature in this game?

A: You won't need that feature with JSRF. The game soundtrack is so excellent you won't want to have anything else playing in the background. (-;