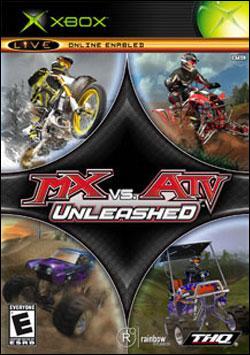 We talk to Rainbow Studios' Rob Baumsteiger, he's the executive producer on the sequel racing title. He gives us the straight scoop on this highly sought after series.


Q: In what ways has the artificial intelligence of the computer controlled opponents been improved?

A: There has been some great efforts placed into the AI of the computer players. We wanted to solve some problems that shipped in the previous versions of the game as well as spend even more time tuning the product to bring the user the most realistic experience. I could go into detail here but I would bore the world.

Q: Will "MX vs. ATV Unleashed" support system link and Xbox Live 3.0? If so, which distinct features will it support (i.e. Scoreboard, voice communication, etc...)?

A: The game will NOT feature “System Link” but you will be able to play online using “Xbox Live”. It will feature such additions as “Voice Communication, Scoreboard” as well as a solid game play experience.

Q: Are additional tracks going to be available to download after the game comes out?

A: No, the game does not support downloadable tracks.

Q: Will "MX vs. ATV Unleashed" support 1080i (High Definitions) resolutions like the previous version?

Q: What surround sound modes will this game support?

Q: In "MX Unleashed", many people complained that the Xbox controls were all preset. Has this been resolved?

A: All the controls are still “preset” but we have expanded the options out to offer the user more choices.

Q: Will it support custom soundtracks like the previous title?

A: Yes you will be able to use custom soundtracks like the previous titles.

Q: What types of new racing modes have been introduced?

Q: Will transferable Xbox save games work in this version?

Q: Will there be a track editor for custom track creation?

Q: What licensing has been picked up for "MX vs. ATV Unleashed" as far as bikes, riders, and gear?

A: All the gear and bikes are being carried over to this game. We will also add new bikes, gear and riders to the new game.

Q: How many brand new tracks in total will be included in "MX vs. ATV Unleashed?"

Q: For those new to this series, how many players can play this game? Will there be any custom game types for multiplayer play?

A: 2-Players can play on one console, if you log onto Xbox live you will be able to play up to 6 racers per race or event. There are “NO” custom event types for multiplayers.

Q: Tell us about the career mode. How will it work in "MX vs. ATV?" Can you create your rider? Finally, do you have any off roading stars lined up for the game?

A: Yes, you will be able to create your rider in the game. The career mode will take the user through the entire game allowing them to experience everything the game has to offer. They will race Nationals, Supercross, HillClimbs, Short Tracks, Supermoto, Machine Challenges, Way Point Races and Pro Rider Challenges. As for Pro Riders, there are 24 Pro Riders in the game. These riders include guys like (Jeremy McGrath, Chad Reed, James “Bubba” Stewart, Doug Gust, Keith Little, Dana Creech). There are 12 riders on the MX side and 12 Riders on the ATV side.

Q: According to the press release for this game, Rainbow Studios has first hand experience with off road sports. Could you elaborate on this experience and how does it translates a game?

A: There is a great deal of us here at Rainbow Studios that race, or ride off-road. I would say that this helps us bring the user an accurate experience.

Q: Can you explain what rhythm racing is, and how it applies in this game?

A: Rhythm Racing is a term that explains how to play our game. This is not a game about getting the fastest bike and being able to beat the game. It is about rhythm, the more in rhythm you are on the jumps, whoops, turns the faster the game gets.

Q: It looks like "MX vs. ATV Unleashed" will feature a wide variety of vehicles to utilize. Could you spare some details here for our readers?

A: There are a great deal of vehicles in this game, everything from 4x4 Golf Carts, Monster Trucks, ATV’s, Motocross Bikes, Airplanes, Dune Buggies, Sand Rails, Mini Bikes. You name it more then likely we have it in the game.

Q: The Rainbow Studios team has a long and impressive history of off road sporting games. So is it safe to say that the "Unleashed" brand is here to stay for the Xbox?

Q: How will the THQ World Supercross be represented in "MX vs. ATV Unleashed?"

A: The THQ World Supercross is not really represented in the game itself. What we do is take the game to the Races and allow kids, fans, dads, moms, a sneak peak at what we are building. It is a great way to see if you are on par so to speak with what you are creating.

Q: According to Mr. Jack Sorensen, vice president of worldwide studios THQ: "They (Rainbow Studios) have an unparalleled track record in action-racing development and have raised the bar once again." That quote was taken from the press release for "MX vs. ATV Unleashed". That's a pretty exciting statement, if you ask us. In closing, is there anything we haven't touched on that would have that quote ring true in this game?

A: I think he summed it up!