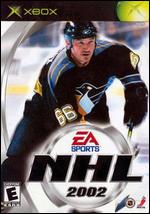 Overall: The overall appeal of this game is great. I am not a huge hockey fan but when I started to play I just got hooked. I love the instant replay and everything about the game. Another great aspect of this game is the create a player mode. You have so many options you don't know what to do with all of them. You can change eye brows, eyes, nose, mouth, facial hair, skin tone, and mouth. You really have total control of creating your player. It is really great.

Gameplay: The gameplay is very easy to grasp. It won't take long for someone to get hitched to it like I did. Even if you are not a hockey fan you need to try this game. It is simply electrifying...

Graphics: The visuals for this game are great. If you have ever played NHL 2001 or 2002 for the PS2 the Xbox version will blow you away. The graphics are so much better. This is really something to see for yourself. Everyone looks so good.

Audio: The sounds is great. The hits sound real. I am truly a fan of this game now. You will really like playing this game once you get your hands on the controller.

Suggestions: I can't think of any at this moment... 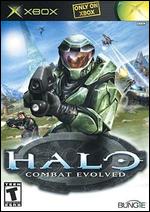 Overall: I love this game. Much better then any other shooting game that I have ever played. I truly feel that this game will be one that will make the Xbox much greater then the Gamecube.

Gameplay: The gameplay took a little bit to get used to but once I did it was easy to kill people and get the most frags. I like the idea of using both joy sticks. Great way to play...

Graphics: The graphics are awesome. I don't think any other game with the same gameplay has the graphics that the Xbox has. It is really amazing how good this game truly looks.

Audio: The sound affects are great. I have the system hooked up to my reciever in my room and you should hear how loud I get it in my room. The sub just pounds when you shoot the machine gun off of the vehicle. Great sound affects.

Suggestions: Can't think of any yet... 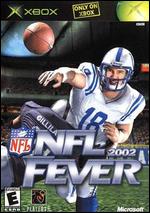 Overall: I love this game. When first saw it I thought I was playing with real people. It is that spectacular. The game itself is very easy to grasp. It is not like Madden where you have to play for a couple of hours and then start understanding how the game works. Microsoft did a great job with this game. They really paid attention to all of the details.

Gameplay: The gameplay is very easy to catch. You will love this game once you pick up the controller and start playing it. I know I did.

Graphics: Like I said before. Everything looks so good. You can't beat it with any other football game. Microsoft really paid attention to ALL of the details. Footprints in the snow, eyes moving with the ball, everything...

Audio: The hits sound real. One problem that comes across all football games is the commintating. The announcers aren't bad here but they also aren't great. You can always turn down the volume and listen to music or something.

Suggestions: None that I can think of now... 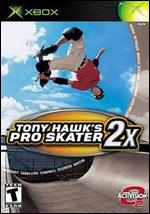 Overall: The overall appeal of this game is great. The graphics are out of this world. You will not be dissappointed with your purchase. One problem that I have come across is it is some what difficult to perform the special tricks. Not a big deal I will just have to keep playing it.

Gameplay: The gameplay is very good. The buttons are the same as the Dreamcast so it is very easy to grasp. I don't believe anyone could honestly say they wouldn't like playing the game.

Graphics: The graphics are great. Tony Hawk and all of the characters look great. Every scene is put together so well that it is really something to see.

Audio: The sound is ok. I do like the idea of downloading your own song onto the Xbox and then replacing the songs on the game with the songs downloaded on your Xbox. That is a great option. The sound effects from the board and the players hitting the ground sounds great. They sound like real people.

Suggestions: I think you need a hints area within the game. It is really sort of hard to find the hidden tapes. You hide them so well. Other then that Great Game.

Xbox one no signal
Post by debrartin
0 Replies, 17533 Views