Alan Wake DLC Coming in July For Free With Token

Unlike the wait for Alan Wake itself, which was an excruciatingly long one, Remedy has firm plans to release the first piece of downloadable content for the game fairly quickly. Remedy announced on Twitter (via VG247) that the DLC, called ’The Signal,’ will be released on Xbox Live on July 27. As noted yesterday, it’ll be a free download for anyone with a token that is included with new copies of Alan Wake. There’s no word yet on pricing if you buy the game used and don’t end up with a token.
Remedy recently discussed what you can expect to see in the DLC they have planned. According to Oskari Hakkinen, head of franchise development at Remedy Entertainment, the DLC releases will act as standalone episodes and won’t be necessary to get a complete story out of Alan Wake. "The game add-ons aren’t telling more of the story, so to speak," he said. "It’ll give you a different perspective on the things you’ve done on season one and then trying to set you up for the possible things you’re going to do in season two." Sales of Alan Wake will dictate whether or not we get a sequel, but we do know that a story has already been mapped out if that turns out to be the case. 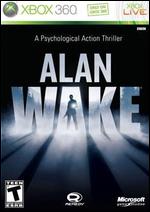