The demo for 2K Games’ hotly-anticipated Mafia II is now available on PS3, Xbox 360 and Windows PC. Downloadable respectively from the PlayStation Network, Xbox Live Marketplace and via Steam and "select Internet portals", the demo comes in advance of the full game’s release on August 24th in North America, August 26th in Australia and August 27th internationally.

The demo allows users to experience the "Buzzsaw" level, which takes place during the 1950’s (as 2K Games puts it, "a time considered the ’Birth of Cool’ ... rock n’ roll, hot rods, and rebellious attitudes") with the player as the game’s protagonist Vito Scarletta and a couple of his heavies are to take out a mobster known as "The Fat Man" (who we suspect has no relation to video game composer George Sanger.) 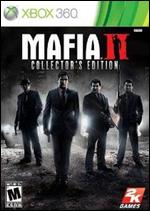