The first BioShock shipped without a multiplayer mode, and it was arguably better for it. The single-player experience was extremely well-crafted, and though a first-person shooter shipping without any sort of multiplayer mode may have seemed strange, BioShock is still heralded as one of the best games of this generation. While BioShock 2 may have filled in that hole, with BioShock 1 developer Irrational Games back at the helm for BioShock Infinite, we may once again see a BioShock game without a multiplayer mode.
"Here’s what I have to say about multiplayer," Irrational creative director Ken Levine told Kotaku. "It’s what we said about BioShock 1: We have not made any determinations about multiplayer.

Some gamers will undoubtedly be disappointed if Irrational ultimately decides to leave out multiplayer in Infinite. It does, however, continue to be refreshing to see a developer do what it thinks is best for the overall quality of its game and not what would make it look better on a fact sheet. 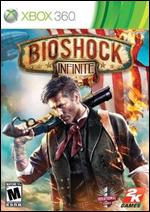