Here’s a bit of good news, bad news for anyone who enjoyed the 2007 supernatural first-person shooter The Darkness. At the New York Comic-Con, Top Cow Productions’ sales and marketing director Atom! Freeman explained to Joystiq that they’re definitely still interested in making a sequel, but there a few roadblocks keeping them from moving forward right now.
"There are certain rights issues that we needed to clear up in order to move ahead with The Darkness 2. Those are getting cleared up. While there are no specific plans, it is definitely still on all of our minds," Freeman said. Top Cow has been hinting at a sequel to The Darkness since way back in 2008, even officially confirming The Darkness 2 last year, but it looks like these "rights issues" are why we haven’t heard much of it since.

Still, Freeman assured that they’re still very interested in making a sequel. "We loved the game. The fans loved the game. There’s no reason to not do another one," he said. "Just making sure that all of our ducks are in a row so that we can begin that process."

Since Top Cow is the owner of the Darkness comic book that the first game was based on, it’s hard to see what rights issues they would need to clear up (and who they’d need to clear them with). But in any case, let’s hope they get cleared soon. 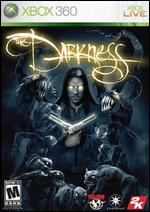 
See News Archives
Important! I pay $ 1000! I search the Sweden launch and the Element 54 Faceplate
Post by Smill
0 Replies, 5576 Views