KOF 2002 was an in-between title in the long running series of 2D team-based fighting games, dropping the 4-on-4 matches of 2001 yet preceding the free-swapping battles of 2003. This Ultimate Match edition adds characters to the lineup from earlier King of Fighters games, including previously unplayable bosses. 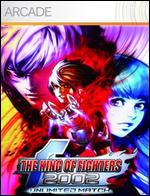