Here’s the first of a another great video series from Valve that has fictional company Aperture Science launch a marketing campaign for its many inventions on sale.

They include shifting panels, crushers and other probably equally demented gadgets in the brilliantly twisted alternate reality of Portal.

All 50 of the achievements to appear in the Xbox 360 version of Portal 2 were revealed weeks ago, showing some pretty entertaining bonus challenges in store for teleportation fans (and team killers). 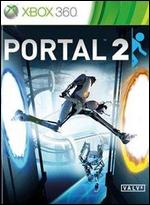