Child of Eden has vibrating suit

Those crazy guys at Q Entertainment have made a suit peripheral that vibrates your body in conjunction with the action in its latest game, the Kinect-powered Child of Eden for Xbox.

According to IGN, Q-Entertainment has one up and running at the studio, but it’s unlikely to ever be released. We don’t see why not. We’re totally up for burning eight batteries and looking like berks for the benefit of the experience 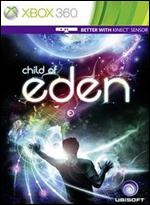