Los Angeles, CA – February 5, 2013 – Zen Studios, the definitive leader in videogame pinball, today announced Star Wars™Pinball, a brand new collection of tables developed with authentic Star Wars moments. The downloadable game, developed in partnership with LucasArts, will be available February 2013 on a variety of digital platforms. The initial three-table pack will be themed around fan favorites including Star Wars Episode V: The Empire Strikes Back, Boba Fett and Star Wars: The Clone Wars.

Each table features a different iconic moment from the Star Wars universe, with interactive 3D characters, and unique gameplay. With the first table release, players will take control of beloved characters such as Luke Skywalker, Boba Fett, Anakin Skywalker and Ahsoka Tano. Players will also be able to post their scores to global leaderboards, experience in-game friend challenges, local hotseat, online multiplayer, and a host of other features. “It’s been over 30 years since Star Wars, videogames, and solid state pinball all burst onto the entertainment scene, and their popularity endures today. We’re excited to be combining all three for the very first time,” said Neil Sorens, Zen Studios’ Creative Director. “Our designers are huge Star Wars fans, and you can expect every detail in every table to reflect their passion for the Star Wars universe.”

Star Wars Pinball will be available on the Apple®App Store, Google Play™. 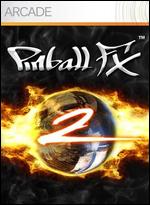