Bungie’s upcoming Destiny will feature a highly crafted narrative experience, one that you can experience as a traditional "campaign." However, even if you’re playing the game single-player, you will need an online connection. "To play Destiny, you need to be connected," Bungie’s Pete Parsons succinctly noted.

The online requirement will undoubtedly be a barrier of entry for those who don’t have their consoles connected online, and crucially, for non-Gold members on Xbox 360. However, Activision Publishing CEO Eric Hirshberg says that the game needs to be online because "that’s the only way to realize the vision of the game. The vision of the game is a shared world first person shooter. In order to make the world shared, you need to be connected."

Although the game will require an always-on connection, Bungie promises that solo players will have a complete experience. "We want to be able to give you that strong narrative, you as a solo player. We want you to have that. If you want to do it by yourself, that’s totally okay," Parsons said.

You will still see other players in your game, but you can choose not to interact with them. A key difference between Destiny and most MMOs is the scale, which allows you to take the lone wolf approach. "It’s not about stuffing as many people into a space as possible," Parsons pointed out. "The amount of players you see is design-controlled." 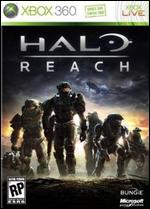