The Collective, already working on Buffy the Vampire for Xbox, explained to FGN Online that Wrath will be a head-to-head fantasy creature combat game, set to introduce a fantasy universe populated "by some of the most spectacular creatures ever". 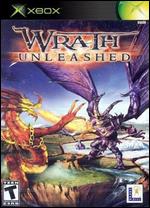