Oh, how ruddy marvellous! As if aliens attacking our cities and murdering our citizens weren’t trouble enough, now a mysterious rogue human organisation named EXALT is stirring trouble too. They’ll spread dissent in XCOM: Enemy Unknown’s expansion Enemy Within, 2K has revealed, until you hunt them down in new mission types--including a base invasion.

EXALT are transhumanists seeking to use all this shiny new technology floating around for their new ends, a Rock, Paper, Shotgun preview explains. And they don’t like XCOM. EXALT will siphon funds away from XCOM, delay your research, and turn countries against you.

Commanders can perform reconnaissance to track down EXALT outposts, then take them down in a new mission type. You must send in a lone agent to infiltrate an outpost, without their armour and carrying only a pistol, then call in support from the rest of the team. Oh, if were that simple. The infiltrator needs not only to escape but to hack terminals on their way out, while your squad wades through EXALT forces to rescue them.

EXALT also has a main base somewhere in the world, which you can track down and assault. Yes, base assaults of a sort are coming in Enemy Within, but you still won’t need to defend your own.

Enemy Within is due to launch on November 12. It’ll be an expansion pack on PC and Mac, but the console release will be a full standalone edition including the base game. 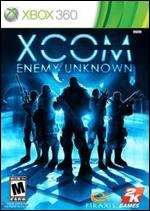