TDK Mediactive, Inc. a global publisher of entertainment software, announced today that Shrek(TM) for the Xbox(TM) video game system from Microsoft will feature character contributions from Grammy and Emmy winning Producer/Director, Todd McFarlane. Based on the highest grossing film of the summer from DreamWorks, Shrek for Xbox is slated for a Nov. 15 release in tandem with the Xbox hardware launch.

``We are really excited about Todd’s character contributions,’’ said Vincent Bitetti, chief executive officer of TDK Mediactive. ``The twisted and quirky personalities that he incorporated into the game characters are a perfect match for the unique and irreverent humor of the game.’’ 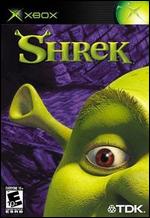