New Game 'Pillars of the Earth' to Launch this Summer 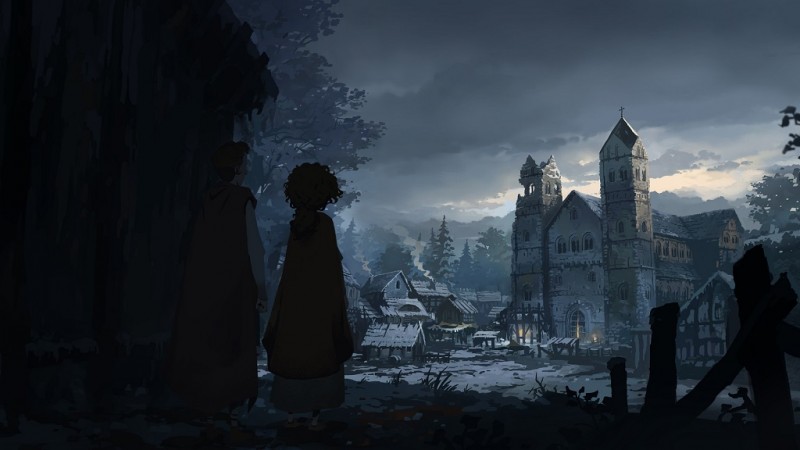 The development team took the 1200-pages book as the blueprint and, turned it into an interactive novel. Players follow a nonlinear storyline with 3 playable main characters. The game is going to be released as three books with seven chapters each. Players purchase a season pass when buying book 1 – Daedalic will share more information about book 2 and 3 at Gamescom this year.

Set in 12th century England, a time of great poverty and war, “The Pillars of the Earth” takes place in the fictional town of Kingsbridge as it begins the construction of a Cathedral to assure wealth and security for its people. Philip, a monk, becomes the prior of Kingsbridge abbey. Jack, an ambitious architect, is commissioned to build the village cathedral. Aliena and her younger brother Richard, have to survive on their own; after their father, the Earl of Shiring, is incarcerated and murdered. Meanwhile, Prior Philip’s rivals, Bishop Waleran and William Hamleigh, a vengeful noble rejected by Aliena, see the town and its rise to importance as a thorn in their flesh. They want to see Kingsbridge burn.  The original novel by Ken Follett has sold more than 26 million copies.

We know a staff member or two here at XBA who may just want to play this game.