Dark Souls: Remastered Now Out for Those Who Love Punishment

For those who are fans of Dark Souls, the remastered version of the very first game is now out on the Xbox One.  It is a game that is said to be a genre-defining title that kicked off a worldwide gaming phenomenon in stunning high-definition detail.

In Dark Souls: Remastered, players will come face-to-face against all manner of beasts, demons, traps, and wizardry as they attempt to undo a curse plaguing the land and usher in a new age of Fire or Dark. Included in the game is the Atorias of the Abyss DLC, which finds players being sent into the past and uncovering the hidden history of Lordran as well as the fate of Knight Artorias.

The game enables players to explore the twisted ancient land of Lordran in the first title of the action role-playing series like never before.  You will experience the rich world in Dynamic 4K resolution when playing on a PlayStation 4 Pro system,the Xbox One X.  From your first timid steps to absolute mastery, you will build characters by strategically adapting to daunting foes, exploring haunting locations, and amassing a large collection of weapons, armor, and magic spells to wield for a truly unique playstyle.

Hidden in the world you venture through are nine online covenants to uncover that will motivate your online interactions. Collaboration or confrontation, support or betrayal – which allegiance will you choose? Up to six players can join together online to help, or hurt, each other throughout their quest.

So, will you take on the game that started the franchise, but in HD remastered form? 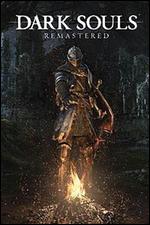