So, you think you and your friends are good at Rainbow Six Siege? Do you live in Canada? Well then, you might be interested in this little bit of news. 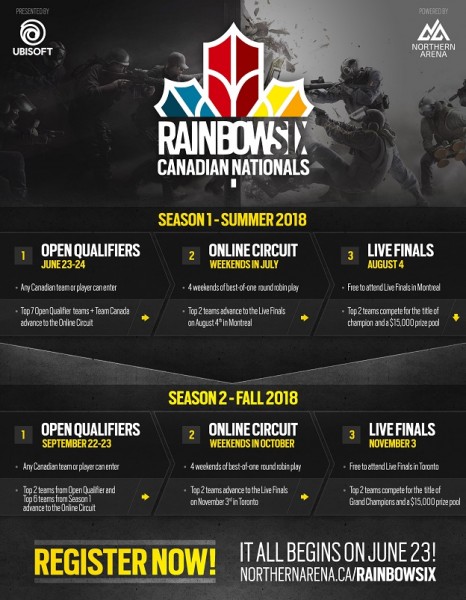 The Rainbow Six Canadian Nationals will kick off in June 2018. The competition will consist of two seasons, with live finals taking place in Montreal and Toronto. Each season, participating Canadian teams will compete for a $15,000 CAD prize pool.

Each season will begin with a two-day Open Qualifier, where teams (made up of all Canadian players) will compete for their chance at a spot to compete in the Canadian league. Once league play begins, each season will consist of eight days of matches spanning four weekends. The tournament will follow a round robin format, and rankings will be determined on a point-based system.

At the end of each season, the two top-ranked teams will move on to a live Grand Final in Montreal (Season One: August 4) and Toronto (Season Two: November 3). The winning team from season 2 will become the Year 1 national champion.

We here at XBA think this is a pretty neat opportunity for Canadian gamers, and we hope that some of you readers out there, who just happen to be RB6 Siege fans, take advantage of this awesome opportunity. 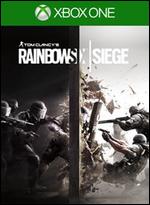