Ok TERA players, the wait is over. En Masse Entertainment has finally announced today that the gunner, a new playable class is now available for TERA on console, including the Xbox One. The gunner is a high damage class who wields a massive arcannon to mow down mobs of enemies.

But wait, there is more news. The team at En Masse is celebrating the launch of the gunner with some special events and challenges:

So, what does this new class offer? Well, the gunner has one EXPLOSIVE personality.

The gunner is the first new class to come to TERA on consoles and is available to the female castanic and high-elf races at character creation. At first glance, the massive guns make this class seem limited to long-range combat; however, the gunner is surprisingly versatile, making her an excellent choice for utility players who want to be effective in a variety of situations. Tough, deadly, and crafty, the gunner comes fully loaded with abilities that help her stand apart on the battlefield.

So, does this interest you in the slightest. Well, check out the video below to see the Gunner Class launch trailer and see the new class of character in action: 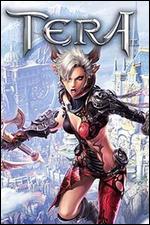