Wargaming to Host Special Event During 2018 Army vs. Navy Game

Wargaming is giving back ti those who fought for so many people, U.S. veterans, and they will be given back via two special activities.

The first is a special charity event in the Greater Philadelphia Area, during the annual Army vs. Navy football game on December 8, 2018. At this event, Wargaming invites guests to come to a local sports bar and watch the game, with free food and drinks provided by the publisher. More info and a sign-up form to request an invitation can be found at the official World of Tanks: Mercenaries website. During these events, invitees can also play Wargaming’s games on Xbox, chat with the developers from Wargaming Chicago-Baltimore, and win unique prizes!

As another way to honor US servicemembers, Wargaming will sponsor special viewings of the Army vs. Navy game at various U.S. Army and Navy bases around the world. As part of these viewing events, Wargaming will give away video game consoles with World of Tanks: Mercenaries and additionally World of Warships: Legends pre-installed when available.

The Army vs Navy college football game — a rivalry between the Army Black Knights of the United States Military Academy and the Navy Midshipmen of the United States Naval Academy — is a tradition that began on November 29, 1890, that provides a great opportunity for the community to come together for mutual support, to watch a good game, and have fun.

We here at XBA think this is an amazing thing for Wargaming to do, and hope that veterans out there attend if they can, and that the public in general come down and say hi to those who protect not only their own country, but contries of others. 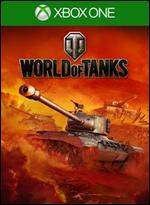