Frontier Developments have revealed two new ships that will be launching alongside the upcoming Elite Dangerous: Beyond - Chapter Four update later this year.

Of course, these ships in going to be released when the final chapter in the Beyond season launches, and the largest Elite Dangerous update of the year, arrives in 2018.

This update will provide new, significant additions to exploration, mining, multiplayer and more, and some of these updates are detailed below:

There’s a number of additional improvements coming to Elite Dangerous, including visual improvements, background simulation updates, and (yet to be revealed) new ships and cockpit interface changes.

And what happens after Chapter Four is released? Well, we here at XBA don’t really know, but it seems like this upcoming DLC and update are going to provide Elite Dangerous fans with even more reasons to play. 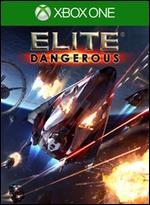