As COD: Modern Warfare is out in the wild garnering fairly positive reviews, a new seaons of COD League Play is to start soon.  How soon you ask? Well, January 2020 to be exact.  The first league play weekend is from Jan. 24-26 in Minneapolis, Minnoseta.

The event will be hosted by Minnesota Røkkr – the Call of Duty League team operated by WISE Ventures Esports, under ownership of the Wilf Family (owners of the Minnesota Vikings), and investor Gary Vaynerchuk – will feature all 12 professional Call of Duty League teams competing across three days. The opening weekend of the regular season will feature additional fan and player experiences to celebrate the launch of Activision Blizzard Esports’ highly anticipated new city-based league.

The Call of Duty League follows a home-vs-away format with 5-versus-5 professional match play, with 12 teams in Atlanta, Chicago, Dallas, Florida, London, Los Angeles (2), Minnesota, New York, Paris, Seattle, and Toronto. Throughout the season, each team will host “Home Series” weekends in their market, with multiple pro teams competing at each event.

Launch Weekend will also feature the season’s first Call of Duty Challengers Open, where amateur players from around the world can compete as teams in an open bracket tournament format. Beginning in November, Call of Duty Challengers competitors will begin battling via online ladders and tournaments for their share of an overall dedicated prize pool of more than $1 million during the 2020 season. Challengers team passes for Launch Weekend will go on sale in early December.

So there you have it COD fans, some pretty intense action from the ’PRO’ teams is coming soon. 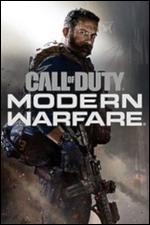