Games with Gold for November 2019 Announced

As every month of 2019 ends, a new one starts up, and along with a new month comes new games in the "Games with Gold" program for Xbox Live susbscribers.  So, no more delay and banter from us, check out the games below. 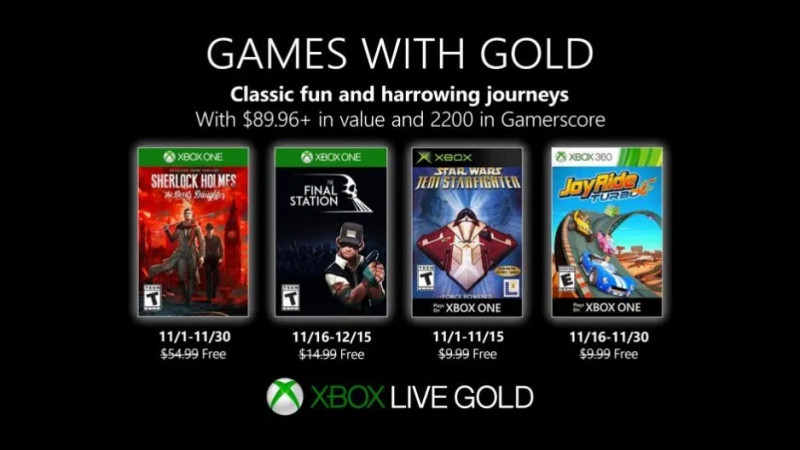 Sherlock Holmes: The Devil’s Daughter - Available November 1 to 30 on Xbox One

So there you go folks, now you know what to expect in the Games with Gold program in November.