Classic bikes are also back on track with the Ducati 900

In 1978, “Mike the Bike®” came back on the Isle of Man, 11 years after his previous participation, and grabbed the victory with his Ducati 900!  Pre-order a retail version of the game on any platform to reenact this glorious moment and handle a historical bike with a particular and demanding gameplay. 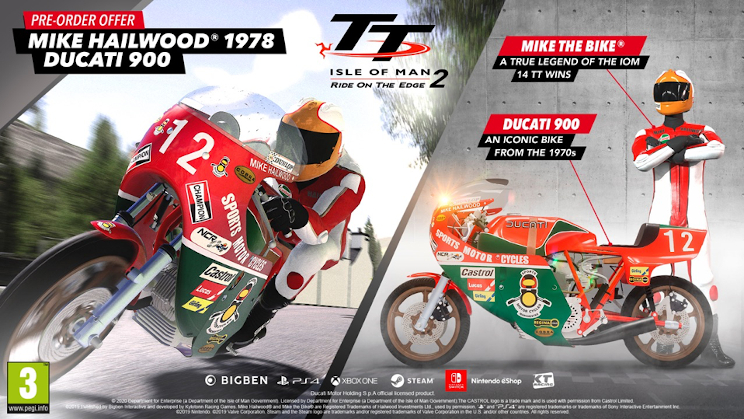 Created in 1907, the TT is the world’s most famous motorcycle race. The 61km course with 260 bends is the most iconic circuit for road-racing riders. With officially licensed riders, bikes and tracks, TT Isle of Man – Ride on the Edge 2 boasts new physics and a new career mode for players to improve their riding skills.


See News Archives
Important! I pay $ 1000! I search the Sweden launch and the Element 54 Faceplate
Post by Smill
0 Replies, 6561 Views