SAN RAFAEL, Calif. -- January 30, 2002 -- With a sly wink and a nod to its legacy of unique humor, LucasArts Entertainment Company LLC has chosen Planet Moon Studios to create an original humorous action title for next generation game consoles. Best known for its clever and off beat genre-bending Giants: Citizen Kabuto, Planet Moon’s game for LucasArts will follow in the rich tradition of wry humor and intelligently crafted play style of the company’s classic titles. The game is expected to release in 2003.

"With Planet Moon’s development of a unique humorous action game for LucasArts now madly underway, I suspect the pubs around its Sausalito, Calif., headquarters may be in for some tough economic times," says Simon Jeffery, president of LucasArts. "In seriousness, a relationship with Planet Moon is an obvious choice for LucasArts. It’s one that will complement the brand of humor for which we’re well known and bring to our fans the kind of game they’ve always loved." "Our past games have focused on two things: being late and over budget," says Nick Bruty, Planet Moon’s president and co-founder. "Joking aside, this is the most exciting thing we’ve ever created, with the best fit between developer and publisher we could imagine. There is no one with a more consistent record in action titles and genuinely funny games than LucasArts."
Source: http://www.lucasarts.com/ 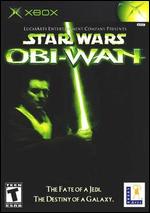