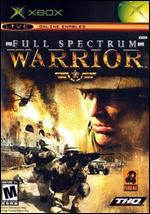 Players will be able to create a Spellbreak account and access it on any supported platform to maintain their game progression, customizations, and stats when it launches for PC, PlayStation 4, Xbox One, and Nintendo Switch.