Epic Games and publisher Midway have confirmed that the Xbox 360 version of Unreal Tournament 3 will be hitting Microsoft’s console this summer with exclusive content.

Midway didn’t give a specific date other than "summer 2008" for the latest entry in Epic’s venerable online multiplayer shooter.

The game has already released for PC and PlayStation 3, and has shipped over 1 million units worldwide. 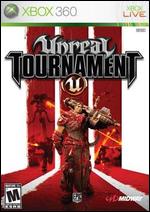