The original Saints Row from 2006 sold over 2 million copies on Xbox 360 and was well-received by critics, but the general consensus was that it copied a lot from the reigning king of crime sandbox, Grand Theft Auto.

And with the Volition-developed Saints Row 2 launching in the same year as GTA IV, Farrell sought to convince investors that this sequel would offer something different from Rockstar’s hit megafranchise.

"We have a very differentiated product in this open-world genre," Farrell said during the William Blair & Company’s investor meeting Wednesday in Chicago.

"We’re always concerned about GTA as a competitor. It’s a great product, the leader in the genre. But we were actually very pleased when we saw GTA IV. It’s a great game, but they went in this great creative direction [that makes the game] more character- and story-driven."

He said that Saints Row 2 will instead be about "tongue-in-cheek ... silly, over-the-top gameplay."

Farrell said, "...They had gone this way on the branch, we’ve gone the other."

He added that Saints Row 2 will feature lots of character customization, "a lot" of downloadable content, a "larger, richer environment," a unique combat system and a "seamless" two-player co-op mode.

Farrell reiterated, "We think that we have a very differentiated product with Saints Row 2."

In May, THQ opted to delay the release of Saints Row 2 by two months to October 14, due to quality and marketing considerations.

Prior to the delay, Farrell said that Volition asked for more time to polish the game, adding that the October window puts the title a safe space away from the flood of Christmas season titles.

Asked whether or not Volition’s financial bonuses would be reduced by releasing a game late even if it turned out to be high-quality, Farrell said, "In this case, no. That’s a decision that will come back to corporate. We don’t want to create the wrong incentives.

"We’re going to move the date for the right reasons. They weren’t late because they didn’t execute," he said. [They just said,] ’Hey, how much better can we make it with this additional polish and iteration.’" 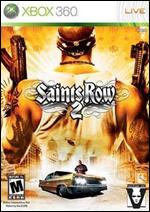