"We haven’t forgotten about the patch that was promised a while ago, the team sends word that the update is coming along nicely," wrote Lionhead community manager Sam Van Tilburgh on the studio’s official blog.

Some gamers discovered one of the bugs early on in the story (the Ritual/Monk’s Quest bug, as noted below) that prevented users from completing an essential quest. There was a simple workaround for the bug, but Lionhead intends to iron out any potential problems with the patch.

Fable II released on October 21. The studio gave no hard date for the fixes. 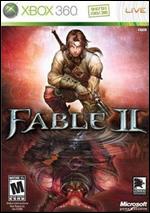