Various reports are suggesting Capcom had stocked as many as 86,000 copies of the game in Japan, during a time when console sales figures have collectively plummeted in the region. Capcom says that it is “overwhelmed by demand”, with fans of the series having reignited the buzz of the Japanese retailers.

“There are no more copies to sell on the store shelves. I heard from Ono-san himself last night that Capcom has a few boxes left in the basement that they’ll be sending out on Monday,” said a Capcom blog post.

Street Fighter IV, the log-awaited return of the seminal fighting series, will be released in North America Feb 17 and in the UK on Feb 20. 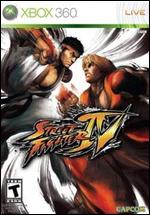