Publisher Take-Two has announced that the sequel to 2007’s critically acclaimed BioShock is to release worldwide on February 9, 2010.

BioShock 2 is currently in development for Xbox 360, PS3 and PC at 2K Marin in collaboration with 2K Australia, Digital Extremes and 2K China. It was originally scheduled to launch on October 30, 2009 in Europe and on November 3 in the US, but was delayed in July in order to “provide additional development time”.

Take-Two chairman Strauss Zelnick has set a target of five million sales for the title. The original BioShock has sold over three million copies. 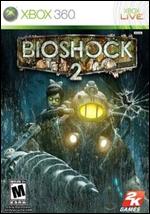