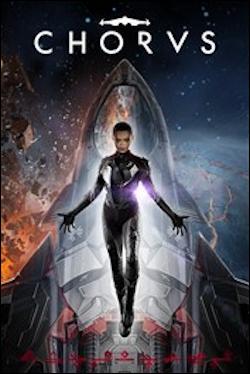 I have fond memories as a kid sitting on my parents' living room floor playing Star Fox and Star Wars Rogue Squadron on my Nintendo 64, and then during the original Xbox generation I played and fell in love with the cult classic, Crimson Skies. I would restart or die on purpose over and over so I could replay the best missions of those games as many times as I could. Developers, DeepSilver Fishlabs, has created a game that comes as close to space combat perfection that you can find, but in order to experience that you are going to have to wade through a lot of lore, some frustrating tutorial style missions and a story that takes itself a bit too serious at times.

The story is an all too familiar one. The main character, Nara, is an ex-pilot for the evil church group called The Circle. She was the number Two in command next to The Prophet, was his death dealer and the most gifted pilot in his fleet. She was tasked with blowing up a planet and killed over a billion humans and began to feel extreme guilt for her actions. So she ditched the creepy church cult, along with her Circle issued powers and AI ship, and started a life as a pilot for hire until the solar system she was living in was being targeted by The Circle. As any hero would do, she stepped up to defend her home but soon found she was out gunned by The Circle pilots. The only thing she could do was reunite with her AI ship Forsaken and reclaim her powers to take on The Circle and save the galaxy.

There is so much lore and backstory in Chorus that it is easy to get lost during its 12–15 hour campaign. There are side missions to explore as you unlock new areas, each telling a small tale of someone affected by The Circle. The Circle is a group of a few religious groups much like The Covenant in the Halo games, and they are led by The Prophet (also like Halo) and their mission is to brainwash the galaxy and make everyone conform to their ways. Much like churches do here on planet Earth. The side missions vary in length and objectives, but most deal with protecting a cargo ship on its route, removing The Circles presence from a factory or refinery that is supplying the city with an important resource, or collecting a handful of hidden or lost items for a NPC. The side quests, once complete, will reward you with credits or small ship upgrades.

The story itself, even if it’s generic, is really good. I found myself caring about what happened to Nara and some of the other people she interacted with in her journey, but the execution of the story is where it loses me a bit. The dialog for every character outside of Forsaken is very generic and I found myself shaking my head a few times at the lines other pilots and key characters were saying. Forsaken, your ship AI who sounds like a mixture of Master Chief and Ultron has the best dialog in the game. He’s a vengeful AI and all he wants to do is take on The Circle and stop their brainwashing ways, even if it costs human lives in the process. Nara has a loyalty to humanity and their differences in objectives makes for an interesting back and forth between the two. I think the parts that really caused me to disconnect with the story had to do with Nara and the constant whispering she did to herself reminding her of her past and the things she did while she was part of The Circle. It just happens too much and it’s overdone. I can see her doing it a few times, but this is one of those cases where they went overboard and a “less is more” approach would have been better at a few key times.

There are many different solar systems to visit in Chorus as you progress through the story. You’ll visit asteroid fields, icy planets, large space cities covered in neon lights and mining planets to only name a few, and they all look drastically different with amazing lighting and easy to spot landmarks specific to that biome. Each solar system has a large map to explore with outposts, dangers and upgrades/credits to collect. The systems you travel to are connected via jump gates, so it’s easy to travel back to past systems to search for missions and credits if you are looking to upgrade Forsaken.

Nara and The Prophet are the only rendered characters in the very few cutscenes, so most of the story beats are told through memory flashes and communications chatter that shows up on your HUD while in the ship. I don’t mind this at all, as I’d much rather be flying the ship around looking for credits and side missions while someone is talking to me, than sitting with my controller on my lap during a lengthy cutscene. What can I say, I like to multitask. Chorus runs at a silky smooth 4K 60 frames per second, and I never saw any dips during gameplay, but I did notice some hitching during the cutscenes. I also had a glitch where the audio cuts completely out during cutscenes and booting up in Quick Resume, so I think both of those issues can be corrected with patches and do not affect the gameplay whatsoever.

Your AI ship, Forsaken, can be upgraded with better defenses, turrets, lasers, and rockets and these upgrades can be acquired from rewards by completing side missions, or by purchasing them with credits that you received by completing side missions. The lower tier of weapons do a great job of dealing with The Circle enemies early on in the game, but once the difficulty ramps up and you start to fight tougher enemies it’s necessary to upgrade Forsaken to his maximum. As you encounter more enemies, you’ll notice that certain enemies are killed faster with certain weapons. The smaller ships you encounter most in the game are easily dispensed with the gatling gun, and one of the harder enemies, The Vulture ships, have a shield they can encase themselves with but mostly hover in one spot firing a devastating red laser beam at you. It’s best to keep a distance and fire a barrage of missiles at them while barrel rolling away from their deadly lasers. You’ll find each of the enemies in Chorus have a weakness and an ideal weapon to use against them, and finding those combinations was really fun and rewarding.

Nara herself can be upgraded in a way with Rites. Rites are abilities that Nara had while part of The Circle that she gave up when she ditched the cult. As the story progresses, you’ll travel to Faceless temples to reclaim the Rites and you’ll use them in your combat and traversal. The first two Rites you unlock are the ones I used the most. Drift is the first you unlock, and let me tell you I was ready to rage quit trying to figure this one out. As soon as you unlock the Rites you are given a few small challenges that work as a tutorial of sorts. With the Drift Rite, I was tasked with having to drift down a narrow hallway turning left, right, and 180 degrees to shoot multiple switches on the walls to unlock doors. It took me FOREVER to do this, and even when I did complete it, it was by accident. I could not get my head wrapped around how to drift properly. It is mapped to the 'LB' button and ended up changing that to a paddle on my Elite controller as that felt a bit better, but I still wasn’t getting how the mechanic worked until I left the temple that I unlocked Drift in and got into combat. That is when the ability really clicked and soon, I became a drifting pro. I was soon zooming past enemies, and then drifting 180 degrees shooting at them until they exploded. It’s very satisfying to get this mechanic down and learning it is essential to your survival because some enemies have front facing shields and drifting past them to expose their weakened sides is the only way to defeat them.

The next Rite is called The Hunt and that instantly teleports you behind the enemy you are targeted. Hunt is ridiculously overpowered, and I am surprised that they give you this Rite so early in the game. When there are many enemies on the screen to take out, it’s a very handy tool to be teleported behind an enemy to put you in a good position to take them out fast. Rites are really useful in combat, and they are the reason that it can move so fast. I remember my days with Rogue Squadron and how I would spend lots of time turning slowly, or the times that combat would stop to a halt as my enemy and I were circling each other in space. I would be just turning to the left for minutes hoping to see my enemy appear on my screen long enough to get a few shots off. With Chorus you get the Rites and those help keep the combat moving at a very fast pace. You can teleport behind enemies with the press of a button, and then drift as they turn to keep your reticle aimed at them, giving you the ability to quickly take them out and move to the next. It’s essential later in the game when you are given dozens of smaller enemies, a handful of mid-sized bullet sponges, and a few massive enemies to take out all at the same time. I cannot stress enough how satisfying the combat is on Chorus. It easily has the best combat of any space shooter I have played.

Chorus is a fantastic space shooter that is woven together by a story that is great on paper but lacks proper execution. Its overall plot is very interesting, but the dialog and cutscenes didn’t do much to pull me in. That being said, Chorus is the most fun I’ve had in a very long time with a space shooter. With a packed holiday season, I found myself doing the impossible; I delayed playing more Halo Infinite and I died on purpose in Chorus to replay some sequences because they were that much fun. The abilities, the weapons, and the lightning-fast combat make it a joy to play. There is a lot to explore in the world, and I am hoping that this isn’t the last we’ve seen of Nara and Forsaken. 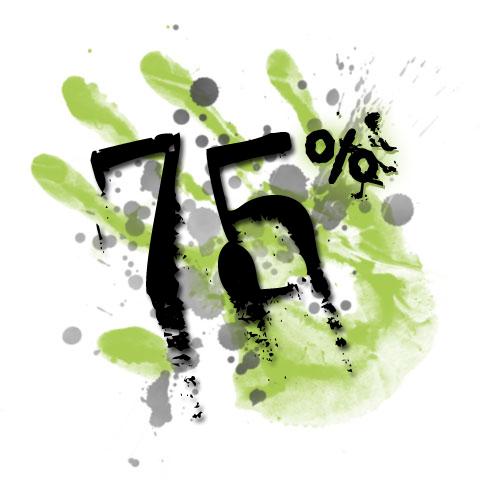 Xbox one no signal
Post by debrartin
0 Replies, 91178 Views