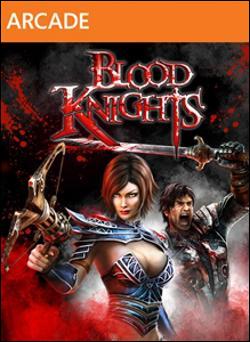 With some of the year’s biggest titles just released and a new console about to drop any day now, it seems like an odd time for a smaller developer to release their new XBLA title when it’ll be sure to be missed or forgotten with all of the gaming excitement happening lately. Developed by Deck 13, the studio who brought us the very underwhelming Venetica has no released Blood Knights on the Xbox Live Arcade. The release timing couldn’t be worse with all the massive titles just released, but I sat down with it from beginning to end in hopes that it would be a decent Hack and Slash title with a story revolving around a human and vampire war that’s been done many times before; I should have hoped a little hard I guess."

read more
Burn them down!

Kill 10 enemies with an explosive barrel
30

Kill 10 enemies by pushing them into a pit
20

No deluge this time.

No time to sleep!

Ooops I did it again

Kill your coop partner with an explosive barrel twice
20

Play through any act with a coop partner
40

(Secret Achievement)
Kill one of your former friends
30

YOU SHALL NOT PASS!