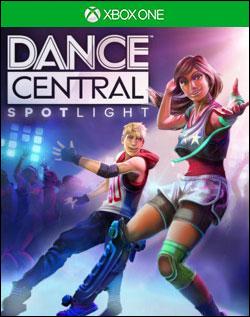 Ask any Kinect for Xbox 360 owner what the best game they owned for it was and I’m willing to bet most of the answers would be Dance Central. Generally regarded as one of the best Kinect titles for Xbox 360, the time has finally come for Xbox One owners to start working on their dance moves as well. Dance Central Spotlight is the fourth installment in the series, and while each version has gotten bigger and better, Spotlight takes a slightly different path now that it’s only on Xbox One."

read more
DC Spotlight, Warframe, Warriors Orochi Ultimate now on Xbox One
Dance like Usher, move and strike like a ninja cyborg or fight to the death like a samurai; the choice is yours.
Harmonix announces first set of DLC songs for Dance Central: Spotlight
All the songs can be purchased individually, so you only have to jam to the tunes you like.
Dance Central Spotlight Aims For Early September Release
The initial game will feature 10 tracks, cost only $9.99 and will be compatible with previously purchased Dance Central DLC. I think it’s safe to say that Dance Central is officially back! Next in line, Rock Band!
Harmonix officially announces Dance Central: Spotlight for Xbox One
Kinect gets a new lease on life with the return of one of itâ€™s most popular games. Digital only and promising more music with faster, regular updates, the long-awaited Dance Central sequel is coming this September!