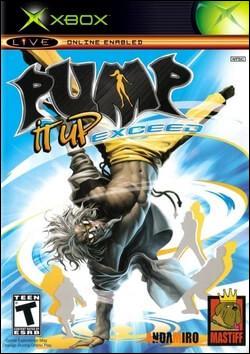 Pump It Up features choreographed steps for each song and a five button mat that lets the step designers reward players for not just where they put their feet, but how the feet got there. The game features over 80 songs, including new music for the console version from cutting edge artists such as Grammy nominees Crystal Method and Steriogram, as well as Elvis vs. Junkie XL;, Earth, Wind and Fire; and Sugarhill Gang. Music familiar to fans of the arcade include top K-POP (Korean pop) acts like Sechs Kies, Honey Family, Clon and Novasonic, and songs like Beethoven Virus and Pump Me Amadeus by BanYa, the Pump It Up original band. The console version of Pump It Up: Exceed is based on the arcade game Pump It Up: Exceed but, in addition to the new music features a wealth of new features including three entirely new modes: Home, Sudden Death, and Survival as well as a practice and tutorial mode.
Registered Members: 51,449
Forum Posts: 725,925
Xbox One Titles: 3,359
Xbox 360 Titles: 1,086
Xbox 360 Kinect Titles: 95
Xbox 360 Arcade Titles: 586
Original Xbox Titles: 987
Staff Reviews: 2,125
Member Reviews: 10,339
News Articles: 15,936
Screenshots: 34,795
Xbox 360 Achievements: 45,112
Xbox 360 Faceplates: 2,016
Cheat Codes: 1,706