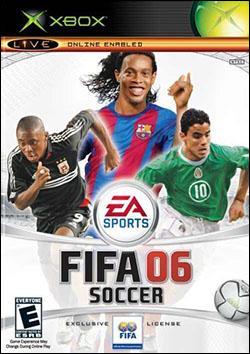 EA Sports takes players back to the field with FIFA SOCCER 06 for the Xbox. Featuring nearly ever soccer team in existence and hundred of players, plus tweaks in game play and several new additions. Gamers will first notice the slight changes in controlling their teams. The passing and dribbling controls have been fine-tuned, allowing gamers to control nearly every aspect of the game. Each player has a strength rating that comes into effect when passing, as does the amount of weight players put behind the kick. A new shooting method, called the Optimized Shot Meter, requires more control and attention, as well. All of these realistic details make gamers feel like they're actually in the game and in control of everything.
Registered Members: 62,386
Forum Posts: 725,950
Xbox One Titles: 4,433
Xbox 360 Titles: 1,086
Xbox 360 Kinect Titles: 95
Xbox 360 Arcade Titles: 586
Original Xbox Titles: 987
Staff Reviews: 2,323
Member Reviews: 10,339
News Articles: 16,375
Screenshots: 36,611
Xbox 360 Achievements: 45,112
Xbox 360 Faceplates: 2,016
Cheat Codes: 1,706